Is Europe ready for the next deep tech champions?

Is Europe ready for the next deep tech champions? 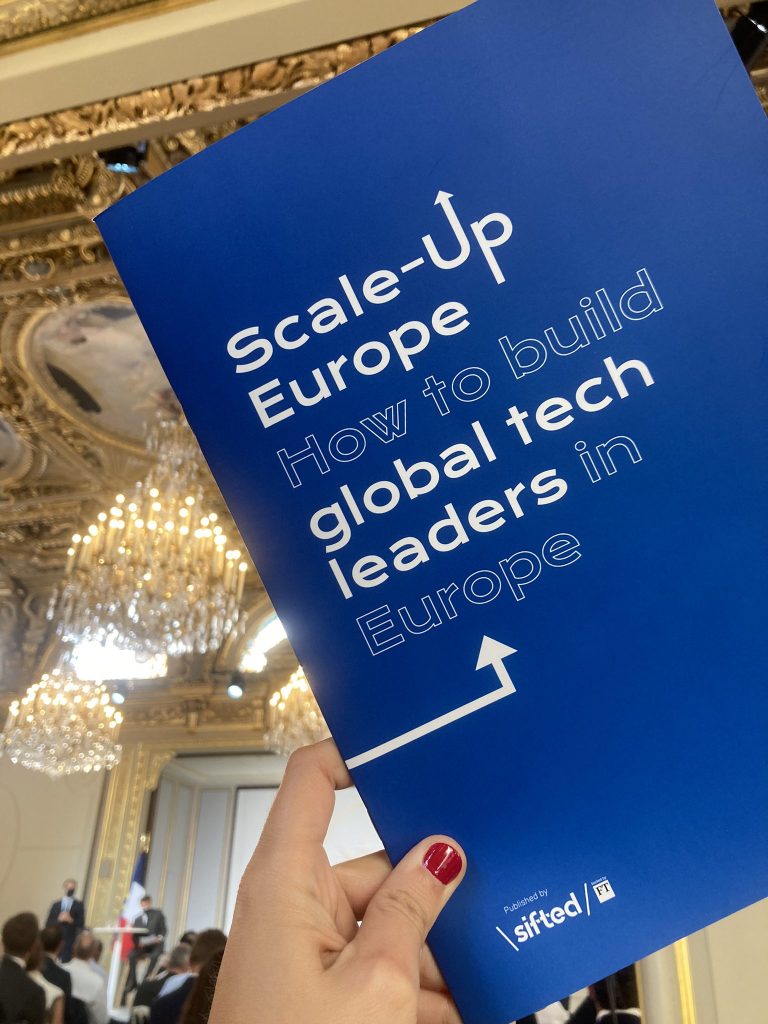 Europe has a unique opportunity this decade to grow a thriving and robust deep tech ecosystem, catching up with the US and Asia by solving our biggest challenges, while gaining technological sovereignty and leadership. Today, deep tech startups attract €60 billion in investments worldwide annually. European deep tech startups receive a quarter of all annual private equity investments in Europe, (€10B out of €40B) and have reached an estimated value* of €700 billion collectively (Dealroom). Nonetheless, the US and China account for more than 80% of investments currently going to deep tech (Sifted).

To help seize this opportunity, a community of more than 170 European tech leaders formulated 21 recommendations on how to create the next tech giants in Europe, as part of the initiative “Scale Up Europe”. The members of this initiative shared these recommendations to French President Emmanuel Macron on 15th June, with the goal of getting 10 companies valued at more than €100 billion by 2030. The European Commissioner for Innovation, Mariya Gabriel, embracing the ambition, even said “why not more?”

Let’s take BioNTech, for instance. They were one of the first scale-ups to produce the mRNA vaccine, teaming up with Pfizer for production and delivery. Over the last decade since their inception, they have grown to be valued at €22 billion. This is incredible speed, but we need to increase the pace this decade if we are to achieve the goal of getting 10 companies valued at €100 billion by 2030.

5 challenges were identified by the Scale Up Europe community, among which:

To leverage the “European tech ecosystem exponential growth” mentioned by Niklas Zennström, Skype and Atomico founder, deep tech startups could benefit most from the deep tech massive plan announced by Emmanuel Macron to get the right investments, on the right priorities, with the right speed. Christian Angermayer, Apeiron investment CEO and chairman of the deep tech track during this consultation, was reminding us:

“in a world of exponential growth, if we, as Europe, are missing for too long and our competitors in a startup term the US and Asia, grow economically and in terms of knowledge, of technology, over a certain period, there might be a point where Europe loses the game for good”.

No doubt that the €151 Billion US R&D plan on quantum and chips in the US announced a few weeks ago will inspire European stakeholders to mobilize even greater economic and coordination efforts to stay in the game, and play collectively to win it.

To truly turn this exponential ecosystem growth into a competitive advantage for the ecosystem, it’s not only up to policy makers. It will require more efficiency and speed across all steps (tech transfer, investments, corporate- deep tech startup collaboration) with a strong cooperative spirit across all stakeholders: institutions, universities and TTOs, startups, corporates and investors.

So, to all European readers, before we are too late, commit your organisation to support the effort, and join the signatory participants here, and share the recommendations within your national ecosystem!