You know what they say. If it ain’t broken, don’t fix it! However, we humans do tend to break sometimes. And luckily, technology that helps us get better is getting more and more advanced.

After focusing on smart cities and precision agriculture, we are now allowing ourselves to get a bit more self indulgent, and this preview of the Deep Tech Trends will thus focus on personalized medicine.

Based on over 5,000 worldwide applications that we received to our Global Startup Challenge this year, as well as drawing from several years of watching, shaping and fostering the Deep Tech ecosystem, we are in a unique position to preview how the future will be shaped. The examples below are all carefully-selected Deep Tech Pioneers from the 2019–2020 Global Challenge.

The genetic code of an entire human chromosome was revealed for the first time in 1999 as part of the Human Genome Project. Back then, many people expected to see a complete transformation in therapeutic medicine within 20 years.[1] This has not happened for one main reason: initial hopes for an era of personalized medicine tailored to everyone’s genome were based on the unfounded assumption that each disease is directly linked to only a few genetic factors. Indeed, it’s true that certain serious diseases are caused by an individual mutation, Huntington’s disease being one of them. However, most debilitating diseases are caused by combinations of mutations, some accumulated during a lifetime, in hundreds of genes, each having a small effect. Thus, the dream of using gene therapy, i.e the replacement of a mutated gene against a normal copy, to cure diseases will come true for only a small number of disorders.

For these diseases, the “correction” of the mutated gene can be done via engineered enzymes such as the already famous CRISPR/Cas or by virus-enabled gene transfer. The latter technology is more advanced and already received approval to be administered to cure certain single-gene mutation-based diseases. Beyond the enormous costs of such treatments, the technology is still limited by two factors: the patient’s immune response to the viral vector, and an inefficient gene transfer from the virus to the relevant cells. To overcome the pre-existing neutralizing antibodies that are naturally present in many humans, and reduce the immune response to the administered viral vector, Chameleon’s vector displays immune-inhibitory molecules that reduce the patient’s immune response, overcoming one of the two major limitations.

Regardless of the technology used, these advances raise many ethical questions.. Human germline engineering, meaning to modify a trait that can then be passed down to offspring, has huge implications that we can hardly fathom. A societal consensus regarding the use of germline genome editing will be needed to prevent the unethical use of these technologies.

While not completely transforming medicine, the Human Genome Project still had major impact on many research fields, and most importantly facilitated the development of fast, precise and inexpensive sequencing and manipulation of DNA. The lowered costs of DNA sequencing, for example, has enabled clinicians to sequence the genome of tumour tissue, and thus build up large genomic databases. These databases are increasingly used to draw correlations between a person’s unique genetic profile and their susceptibility to certain diseases and treatments. In order to understand the correlation between genetic factors and the likelihood of developing a disease, its progression and response to available treatments, scientists and companies are increasingly developing machine learning-based solutions. For instance, Cambridge Cancer Genomics  and Oncoshot match the genome of a newly admitted cancer patient to clinical trials and to FDA-approved treatments shown to work best for the specific genome profile. 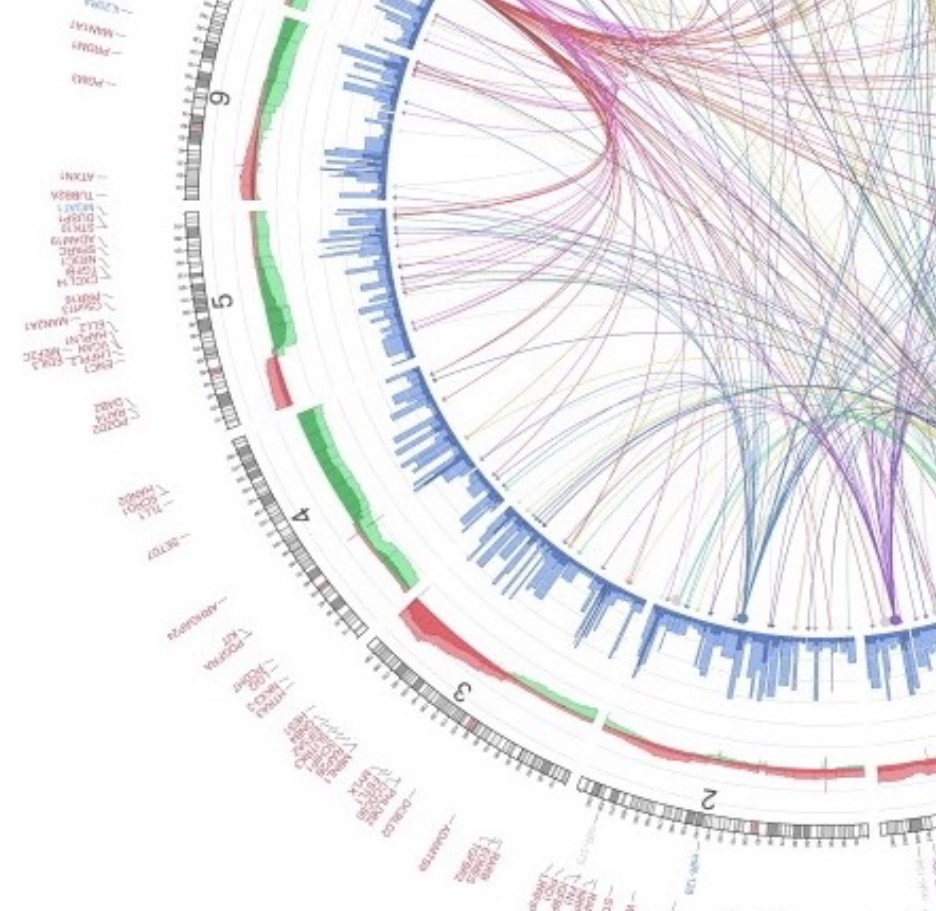 Similarly, the Nalagenetics algorithm prevents adverse drug reactions through its pharmacogenomics testing. Bilhi Genetics develops algorithms capable of predicting the genetic risk of developing hepatocellular carcinoma after being infected with the hepatitis C virus. It takes into account 29 genetic markers as well as non-genetic factors such as gender or alcohol consumption. While not yet identifying causal relations between genomic profile and disease, these algorithms will help physicians to choose the best available care based on the issued probability scores indicating the patient’s susceptibility to a certain treatment.

The huge potential of cell therapies

Meanwhile, we’re seeing incredible progress in cell therapies. Instead of correcting a single mutated gene, cell therapy aims at replacing malfunctioning tissue, organs or certain cell types by transferring live cells. The cells may be genetically engineered and either originate from the patient (autologous cells) or a donor (allogeneic cells). The most common and successful cell therapy used to date is the treatment of certain leukaemia forms with engineered T cells. T cells are an essential part of everyone’s immune system, normally fighting off viral and bacterial infections. Instead, the engineered T cells attack the leukaemia.

Similarly, Cutiss engineers autologous dermo-epidermal skin cells to treat large skin defects caused by burns or severe skin diseases. After identifying a healthy skin cell, this cell is cultivated and reverse-engineered into a pluripotent stem cell, from which many new skin cells can be generated, creating from scratch the living skin transplant that will replace the defective skin. 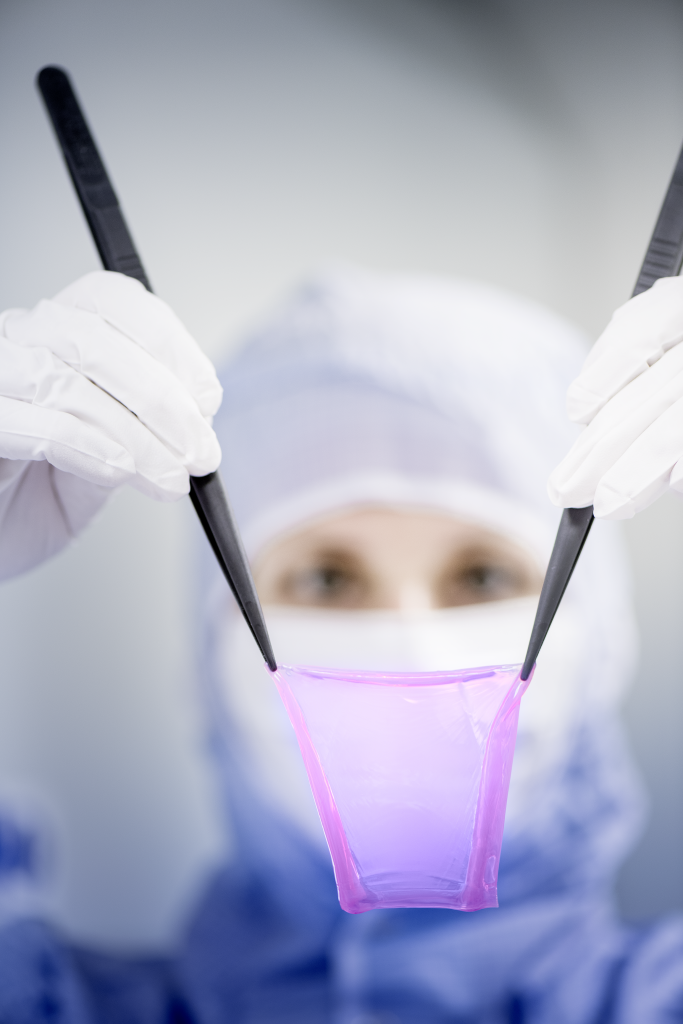 The main challenges of this process are the engineering of the cells and automating the procedure. Both are addressed by GC Therapeutics and TreeFrog Therapeutics who, respectively, develop novel stem cell differentiation and culture techniques. Overcoming the critical manufacturing related issues will enable millions of patients suffering from certain organ malfunctions, for instance in the case of diabetes type 1, to benefit from cell therapies. Others like Ternion Bioscience further develop stem cell technology to better recapitulate the human body response to test drug toxicity. This can in turn, reduce the need for animal testing in the long term. While cell therapies may deliver on the promise of personalized medicine one day, it is still far away from being automated and thus widely-applicable.

However, if not more personalized, therapies will still become more targeted. Lumento Therapeutics aims to upgrade existing cancer drugs with a light-sensitive protection group that renders cancer drugs ineffective until activation with a certain light wavelength. If a focused light source from outside the body is pointed onto the cancer tissue, the drug is locally activated, thus allowing for higher dosing of the cancer drug as it remains inactive in other body parts. Similarly, RS Research is developing a caging technology that would allow cancer drugs to regain activity only once inside the targeted tumour cell. If combined with Nanology Labs’ technology which leverages manganese nanoparticles to indicate the exact position of early-stage (brain) tumours using MRI, it would give rise to a truly theranostic solution. Theranostics refers to the combination of specific targeted therapy and diagnostic tests which will likely become a more common tool in medicine on our way to truly provide personalized medicine.