Prototyping in deep tech – the what, when and how with Benjamin Joffe

Prototyping in deep tech – the what, when and how with Benjamin Joffe

Benjamin is a Partner at SOSV, working on media, marketing and fundraising with the portfolio. SOSV is a global early stage deep tech fund with $1.2 billion under management. They have backed hundreds of hardware and biology startups via its programs HAX and IndieBio, including over 100 climate tech and 100 human health startups. SOSV has 4 climate unicorns in its portfolio and is ranked the world’s most active investor in the sector by Pitchbook. Benjamin is also a frequent speaker in tech events, a contributor to TechCrunch, and curated the SOSV Climate Tech Summit in 2021 featuring Bill Gates, Vinod Khosla and many other iconic speakers.

One of the first big milestones deep tech startups must achieve to get closer to bringing their solution to market is to produce an initial prototype of their technology. However, getting there is not an easy process. We explored with Benjamin Joffe the main questions founders must ask themselves when it comes to prototyping.

What should you test with a prototype?

Some prototypes can be made to test and iterate on a single function.

You will likely make many prototypes as you head toward your Design for Manufacturing (DFM). Some might pursue:

– Design for assembly: Is your product easy to make? How long does it take? Does it require special tools, expertise, strength? I recall a startup whose product was so hard to assemble that only one worker had strong enough hands.

– Design for cost: are you using the best options, taking into account regulations, environmental impact, and availability risk?

– Design for sustainability: is your product recyclable? Does its materials have the lowest possible environmental impact? The French startup Lunii explains how they did it here (in French).

– Design for maintainability: do you need a human with a 2-meters arm to reach inside your machine?

– Design for disassembly: can your product be taken apart easily or do you need to break it to open it?

Ideally, you would prototype often to reduce the uncertainty between each iteration. For this, it is important to find ways to lower the cost and speed up prototyping so that you don’t hesitate to make more prototypes, and don’t wait around for days or weeks to have parts shipped. One consumer electronics company was shocked to learn about how many prototypes their Chinese branch was making, thinking they were wasting money… until they understood their prototyping costs and speed were much better than in Europe. If you can try more things, you both innovate more and avoid more mistakes.

When should you start prototyping?

As early as possible. However, it doesn’t mean you should show those prototypes to everyone. Some prototypes will be important to provide credibility and convince stakeholders to unlock the resources you will need to reach the next milestones.

How close to a final product should your prototypes be?

Prototypes can be very simple depending on what you want to test: cardboard, PVC, duct tape, 3d printer… like in this IDEO video for a children’s game. When you’re closer to manufacturing, you will need very detailed specifications and testing processes to ensure a smooth transition from the lab to the factory floor.

On this prototyping journey, you need to be mindful of what you show and to whom. Some prototypes might send the wrong message to customers, investors or even potential hires. For B2C products in particular, design tends to matter more to non-specialists than manufacturability, as they might not be able to assess the difference between a nicely painted 3D printed prototype and a DFM-ready one.

Where can you build your prototypes? Who should you partner with if you don’t have the right tools/materials/equipment or expertise ?

For the early stages, university or shared labs, industrial partners, prototyping houses or programs like SOSV‘s HAX are all options that might fit your needs. There is an amount of complexity that needs to be managed, either by you or your partners, with impacts on cost, quality, time and difficulty of communication. For some components or processes, you might find a limited number of suppliers around you and sometimes none at all. Overseas suppliers might be harder to communicate with. Our approach at HAX is to support hardware startups with access to our labs, experts and the world’s largest supply chain in Shenzhen (which has been called the ‘Silicon Valley for Hardware‘ by WIRED) and soon in Newark (US East Coast). We also run our IndieBio program for biology startups with a similar approach.

How can you reduce the cost of your prototypes and the time spent on them?

Borrow, rent or mutualize spending on costly equipment. Find more affordable suppliers and learn how to communicate effectively to avoid misunderstandings. We recommend on-site visits to understand your partners better and build trust. It helps avoid miscommunication, frustration, delays and non-quality. I recall a startup commenting on a Chinese partner saying “the problem is that we don’t understand the problem” — which went away after a visit.

Before even considering cost reduction, a key obstacle for startups is getting the funds needed to build their initial prototypes in the first place. We checked back with some Founders from our Deep Tech Pioneers community to get an insider look on how some of them actually financed their very first prototypes. They identified 5 primary methods:

1. Self-financing, i.e. founders using their personal finances and/or funds from family & friends. This is common, particularly for startups still in the very early stages with a small network and little or no traction. But as Founder Dorian Kieken from AI Redefined experienced it can mean not only depleting your personal resources but also working without pay for a while, which is not sustainable. So, it’s usually best to combine self-financing with one or two other methods below.

2. Grants, prizes or vouchers which can come from government bodies, incubators/accelerators and startup competitions, among others. This approach can be valuable if you want to keep the ownership within the founders and as Founder Enrique Medina from Cedrion noted, it’s also a great way to “have a validation of the concept of the project” at the beginning.

3. Crowdfunding is also an interesting option, which can offer non-dilutive funds or not. re:3D already had their first prototype (thanks to early funding from an accelerator) when they launched a Kickstarter campaign, but Co-founder Samantha Snabes noted that the campaign was a great way not only to get financial support but also to attract early customers and get feedback to improve their prototypes.

4. Business loans are another method which can provide needed funding without giving up equity. Of course, it does come with strings attached – you will need to take on debt and repay the loan with interest. But again this can be a viable option if you want to avoid losing equity, and nowadays, there are more and more loan options dedicated to startups which are more accessible and interesting than traditional business loans.

5. Investment from VCs, angels or other investors. This is usually unlikely as investors don’t tend to invest pre-prototype and for startups, it may not be ideal as it means giving up equity early on. However, some startups such as Ommo Technologies, Vyoma and VividQ from our network have been able and have chosen to do so. For VividQ, Co-founder & CEO Darran Milne shared that the money raised was not directly used to build the prototype; rather they “invested this money into hiring a skilled team of engineers and scientists to start developing the first prototypes”, laying the ground for them to be able to further develop their prototype according to the needs of their corporate clients.

Prototyping is learning, innovating and de-risking, and should not stop after the first product is out: it will help improve it, and potentially lead to the next products, as the first one is rarely the best since it is full of questionable compromises and suffering from a lack of resources, expertise, and understanding of customers. Prototyping is the lifeblood of startups!

We want to hear from you too!
For our next article, we’re exploring the deep tech startups’ exit strategies. Share your thoughts in this 2-min survey & you could be published in our next article! 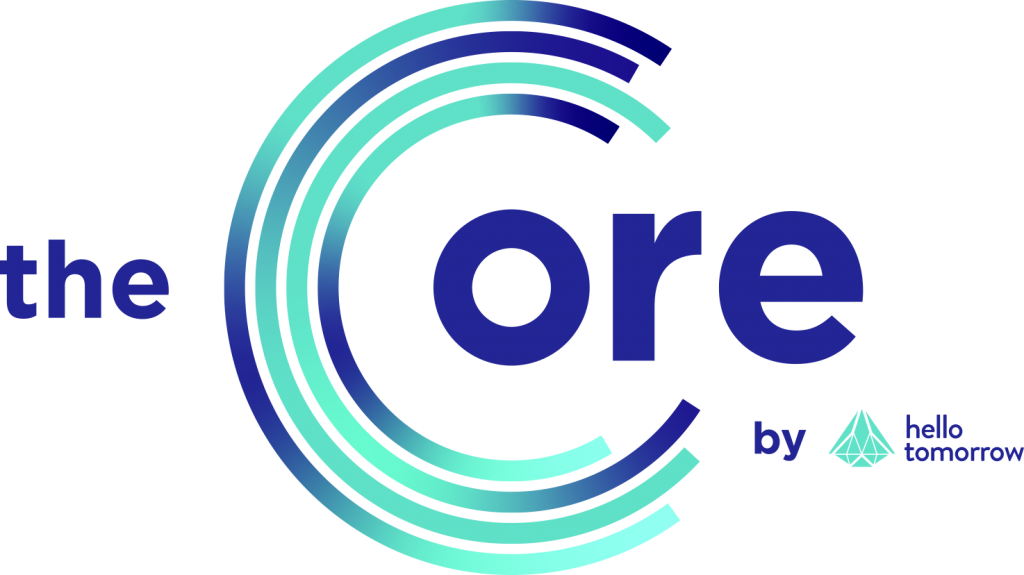