4.What’s next – Scaling up of start-ups to corporate structures 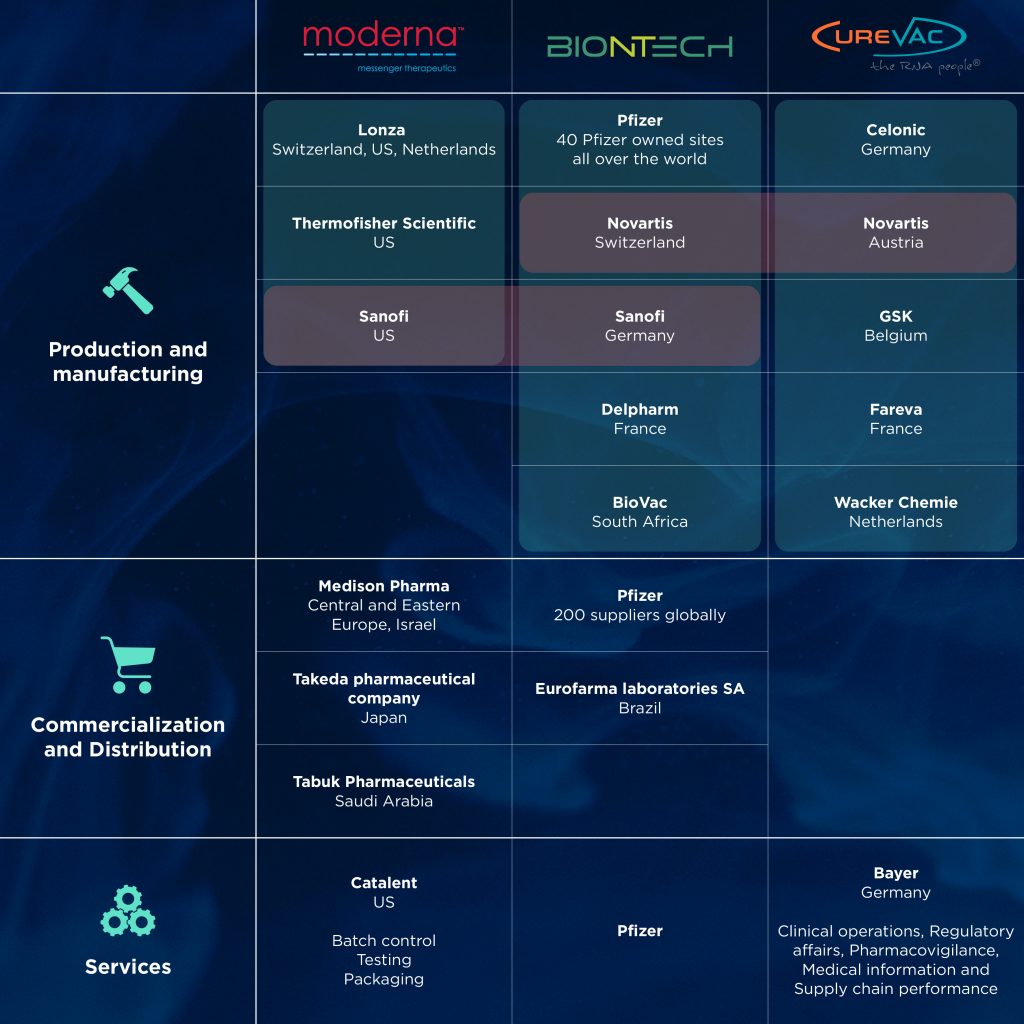 Exhibit 1: Startups as such lack production capacities, distribution channels, global supply chains, and expertise & skills around regulations. Corporates on the other hand have a long research to product lifecycle which startups can navigate through rather easily. Start ups leverage their faster innovation cycles (DBTL) to shorten the research to product timeline. Corporates in turn leverage their established infrastructure to scale up the process and to bring the product to the market globally.

The green boxes point to the coopetition in vaccine manufacturing market i.e. competitors (big pharma) sharing the production space of the same vaccine to meet the high vaccine demand. The grey boxes showcase companies like Sanofi and Novartis producing multiple competing vaccine candidates. Both the above scenarios were highly unlikely in the preCOVID era. Top row are the three mRNA vaccine startups.

mRNA has been a buzz word for quite some time now. What started decades ago as basic research in many biological laboratories around the world has today become a groundbreaking technology that is steering the course of medicine. Together, mRNA vaccines account for ~50% of total covid-19 vaccinations carried out globally, as well as ~50% the current market share and they came from startups, namely Moderna and BioNTech. CureVac, another startup, was to join this list until its major vaccine candidate turned out to be ~50 percent efficient, in  trial data released last month. So startups created the disruptive mRNA vaccines, but what about the infrastructure and business knowledge to distribute it efficiently across the globe? This is where corporate muscle stepped in.

Corporations have traditionally been masters of ‘incremental innovation’, but struggle to achieve disruptive innovation due to their rigid structure, size and maturity. This, however, is exactly what gives them the production and manufacturing capacity to meet global demands. They have established global supply chains, as well as the ability to create newer supply chains (for example, Pfizer created a cold supply chain for BioNTech’s vaccine that needs to be stored at -70°C), they have the necessary skilled workforce to rapidly upscale a product pipeline, distribution channels, storage and transport capacities and experience in dealing with global regulations.

As the pandemic unfolded, the immediate and massive collaboration between startups and corporations was obvious. Pfizer’s pre-existing research and collaboration deal with BioNTech to develop mRNA vaccines for flu set the stage for the covid-19 mRNA vaccine, and paid off handsomely. Moderna, on the other hand, entered partnerships with multiple pharmaceuticals depending on geographical location, but most notably with Swiss CDMO (Contract Drug Manufacturing Organization) – Lonza. CureVac established its own supply chain with multiple corporate partners, most notably with Celonic and Tesla’s Grohmann automation, which will come in handy for many other mRNA therapeutics in its pipeline.

Many other corporations such as Sanofi, GSK and Novartis tried to join the covid-19 vaccine race, without much success. Vaccine demand was increasing fast, however, in order to prevent the virus from spreading further, evolving into new variants and causing further havoc. Viruses spread exponentially. In a very short timeframe, a handful of cases can turn into hundreds, then into thousands and into millions. In the case of covid-19, each infected person can go on to infect an average of 1 to 3 people (the reproduction number R0). This means the vaccination of approximately 70% of the population is required to decrease the chances of new variants evolving. To vaccinate such a huge number of people is a colossal task.

On one hand, corporations like Pfizer and Lonza feared that they wouldn’t be able to meet the increasing demand, and on the other, there were companies like Novartis, Sanofi and GSK with no vaccine candidates in the market but with huge manufacturing capabilities and supply chains. The solution was once again obvious: collaboration among competitors.

For instance Moderna’s partner for manufacturing and distribution in western Europe has been CDMO Lonza, whereas for central and eastern Europe and Israel, it collaborated with Medison Pharma. It also collaborated with Thermo Fisher Scientific for manufacturing, and Sanofi, Takeda pharmaceutical company and Tabuk pharma for distribution in Europe, Japan and Saudi Arabia respectively. Unlike Moderna, BioNTech entered one big deal with Pfizer, under which Pfizer has utilized 40 of its owned sites and 200 suppliers globally for production and distribution. But to meet the increasing demand, Pfizer-BioNTech has also entered into partnerships with competitors such as Novartis and Sanofi.

Sanofi is actually supporting the manufacturing and supply of half a billion doses of three different covid-19 vaccines: Pfizer-BioNTech, Johnson & Johnson and Moderna. It also recently dropped its own mRNA vaccine candidate, despite positive Phase I/II interim results. The same day Sanofi shares gained 1.1 %, stressing the high coopetition in the current vaccine market. By dropping the highly competitive and market saturated mRNA vaccine, Sanofi can now focus its efforts on the three covid-19 vaccines it is supporting, as well as the adjuvant recombinant protein vaccine it is developing in collaboration with GSK. Other companies, like Novartis and GSK, have followed suit in collaborating with competitors. Exhibit 1 lays out the different stakeholders involved in the discovery, manufacturing, distribution and services of the mRNA vaccines.

Partnerships did not stop at the startup-corporate and corporate-corporate level. It extended to government level, which is normal given the scale of this pandemic. Lonza, the primary manufacturer of Moderna’s Spikevax vaccine, entered a 10-year strategic partnership with the Netherlands government to increase its production capacities with the aim to produce 1 billion doses. Moderna on its own has signed an MoU with the Canadian government to build an mRNA vaccine manufacturing plant in Canada. But when it comes to making the biggest deal of this pandemic, Pfizer has left behind all its competitors and has signed up to provide a total of 2.4 billion doses to Europe alone. With this deal Pfizer would be rolling out ~3 billion doses worldwide by 2023.

4. What’s next: Scaling up of start-ups to corporate structures

The covid-19 pandemic brought a lot of startups out of the darkness. Some of these startups, like Moderna and BioNTech, are on their way to becoming corporate structures. BioNTech has boosted its manufacturing capacity by buying a biologics facility from Novartis. The site located in Marburg, Germany would have the annual capacity of producing up to 750 million vaccine doses.

Moderna already has the production lines to roll out 100 million doses/year, and they’re not stopping there. Taking advantage of the fact that multiple governments are indeed boosting infrastructure to have domestically manufactured mRNA vaccines against respiratory viruses and for providing vaccines rapidly to prepare for the future pandemic situations, Moderna is signing many deals like the one it signed with the Canadian government, increasing its presence globally. Whether it’s the corporate partnerships or the government partnerships, Moderna’s strategy is clear: geographically distributed partnerships all over the world.

582 days since the WHO declared covid-19 a pandemic and it is only now that the world is slowly starting to get back to normal. The pandemic first started a vaccine race, and then brought startups, corporates and governments to function and work together. This unique ecosystem produced unprecedented growth for the mRNA market. Moderna, BioNTech and CureVac all have mRNA vaccines targeting other diseases in the production pipeline. Sanofi acquired Translate Bio for $3.2 billion to boost its mRNA Center of Excellence to unravel mRNA vaccines’ potential. Thermo Fisher Scientific and Sartorius followed suit investing heavily in their biologics platforms. And these are just to name a few. 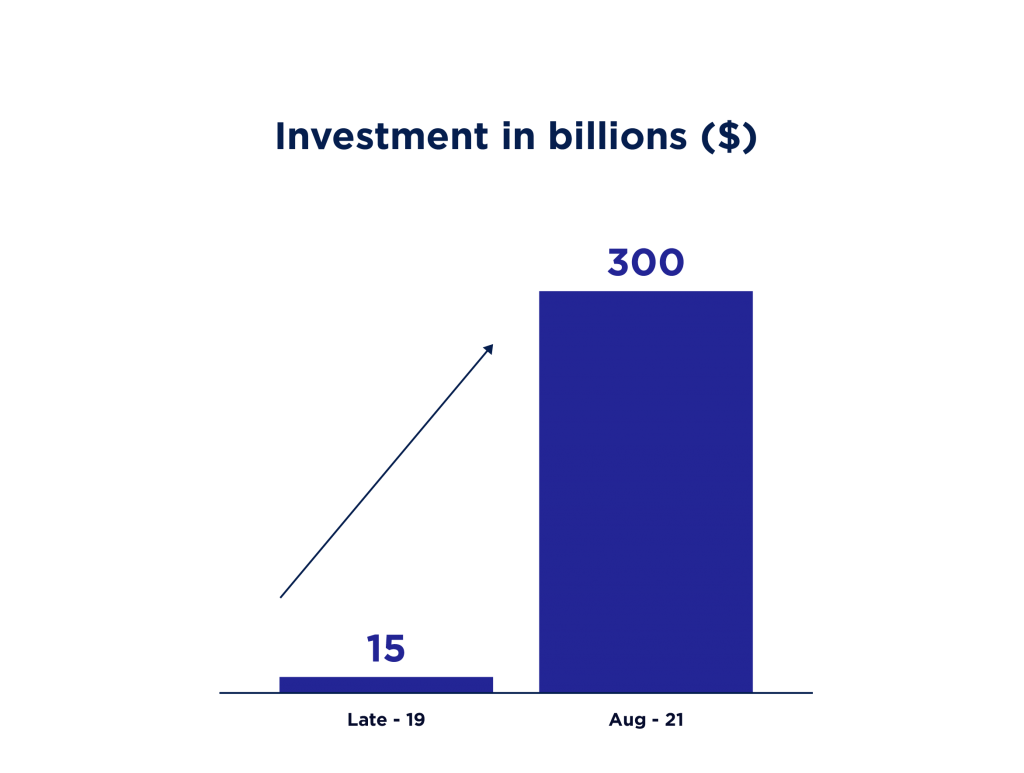 Nature recently published two articles outlining the tangled history of mRNA vaccines and the evolution of the market for mRNA tech. Revolutionary mRNA tech, and the unique ecosystem it has created, are here to stay.